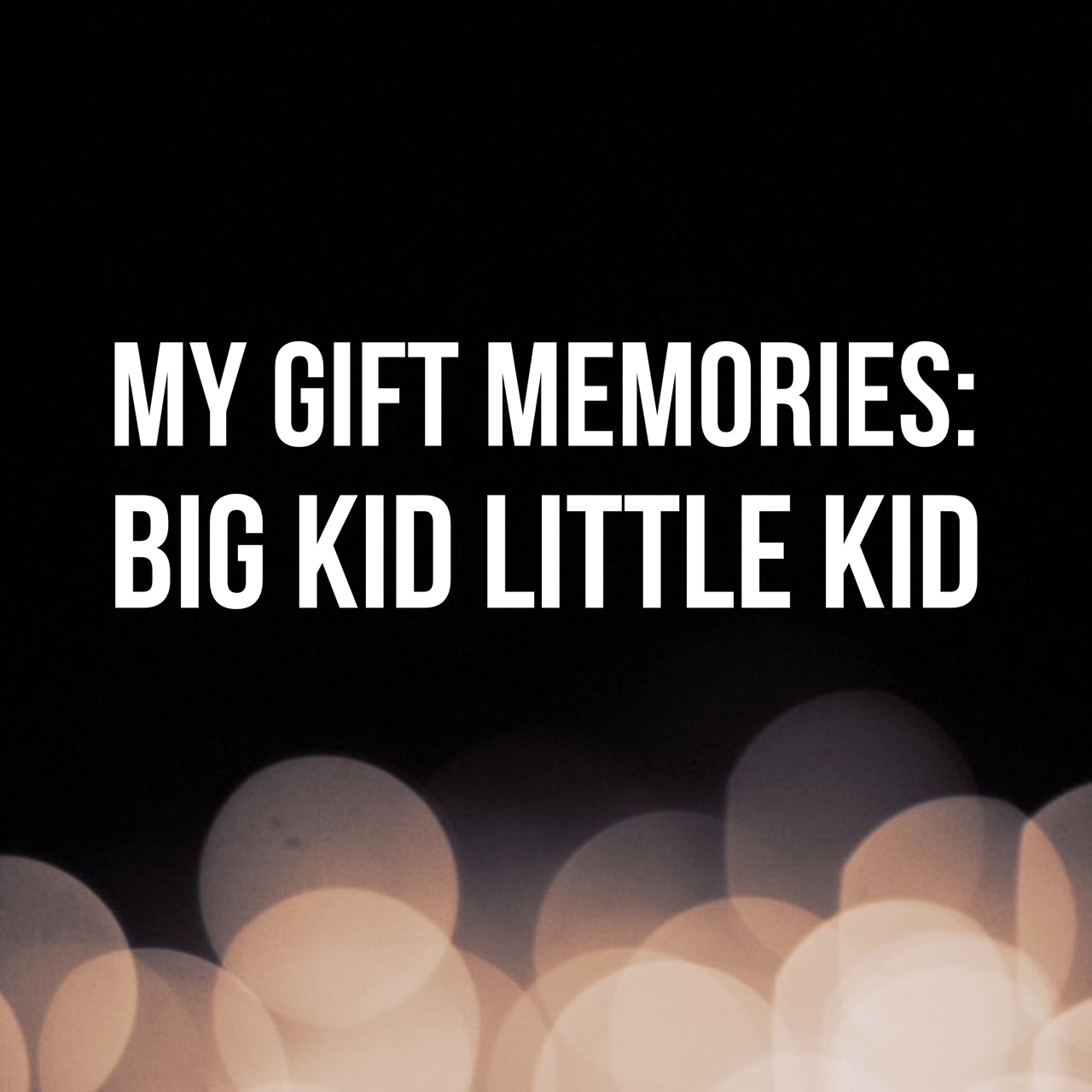 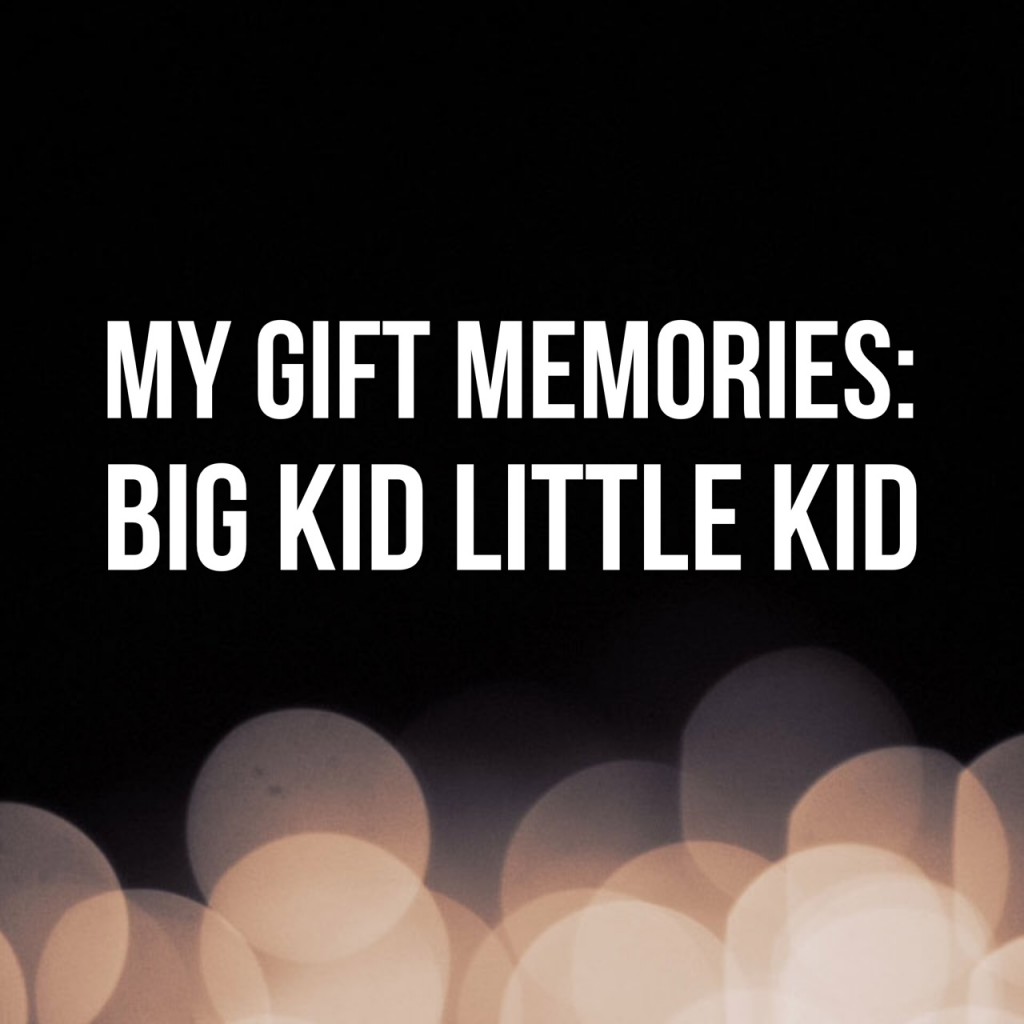 David is the half-nerd, all Dad, founder of Big Kid Little Kid. His personal mission is to become a more awesome Dad to his two sons. David’s posts are hilarious and honest accounts of being a Dad with some impressive Dad-craft activities and 80s TV references thrown in for good measure. I’m so happy to have discovered David and his family of man-child contributors and couldn’t wait to see which gift memory he chose as his favourite. He didn’t disappoint…

As you can see from this flashback photo, I was clearly a spoilt little sh*t and unable to choose a single favourite toy amongst the horde: 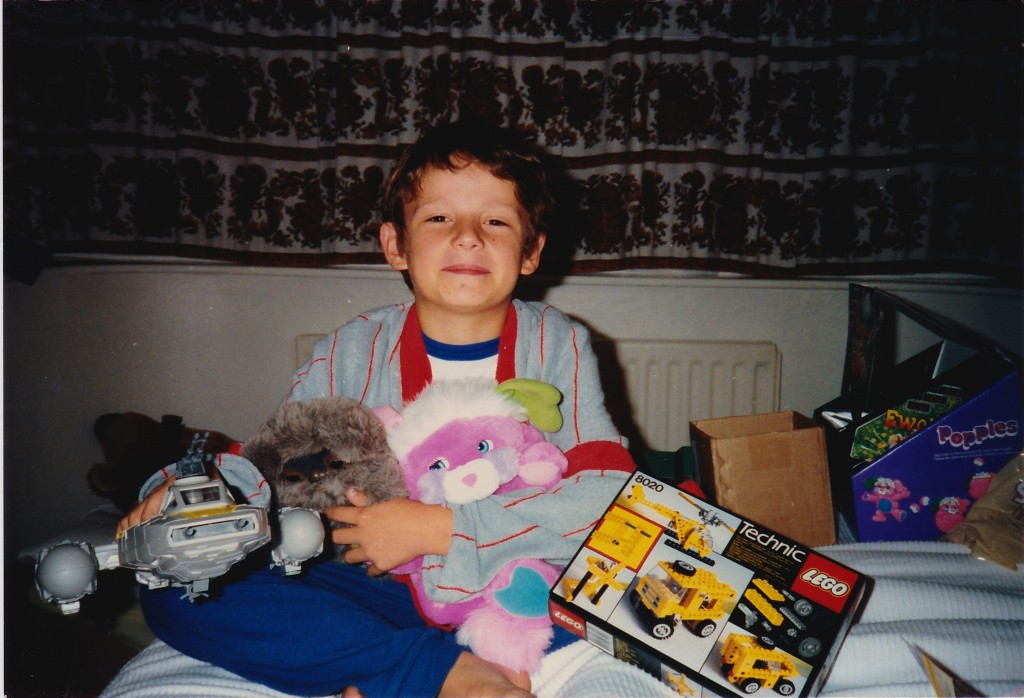 What’s weird is that I don’t remember most of the presents I received as a kid (another clue as to how silver-spoon I was brought up) but there is one stand-out: the ALF watch. I thought that was the greatest gift in the universe!

It had everything a kid could want – cutting edge LCD technology (it could show four digits. That’s right, all four!), ALF’s head and it wrapped to your hand with a velcro strap. Couldn’t get enough of that velcro. Seriously. 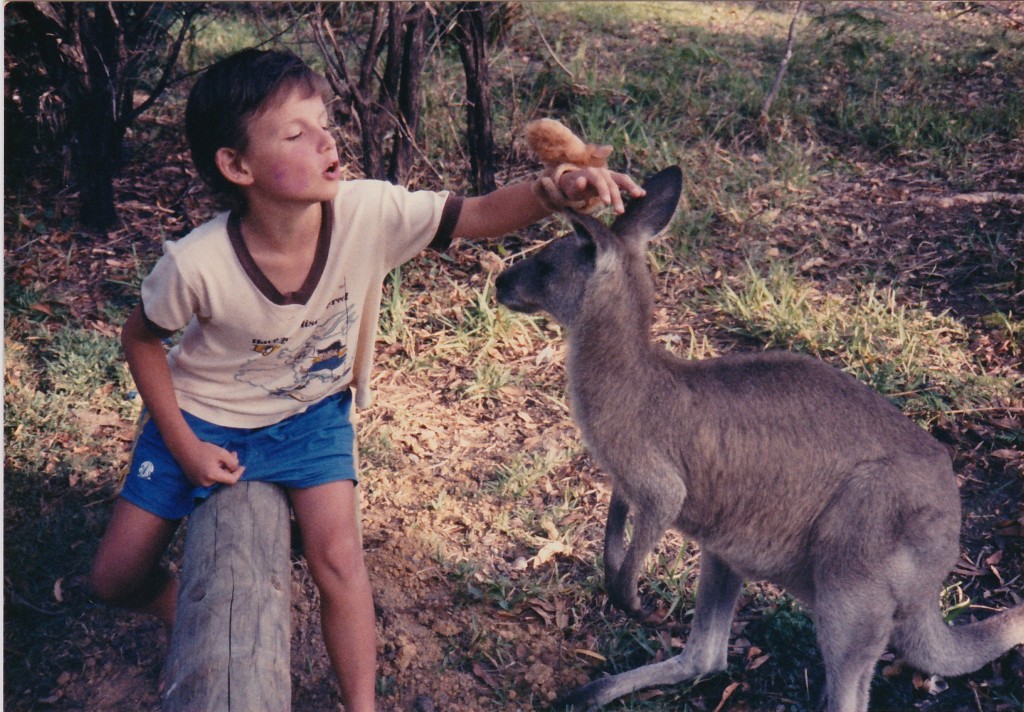 (In case you missed it, that’s pink Zinc Stick on my cheek. Yep. Coolest of the cool, that’s me.)

Who gave it to you?

Someone who clearly thought I was as awesome as I thought I was. Actually, I don’t know but I’m going to say my parents because they may read this and will be miffed if I attribute the gifting to my grandparents.

It was December 1987 and I was 8 years old. Still living the luxury life of an only child, which was destined to be destroyed 6 months after the kangaroo photo was taken by the arrival of the Attention Thief (aka. my baby brother).

Do you still have it?

I wish! And it’s going to set me back a cool $70 to relive the dream, according to eBay. 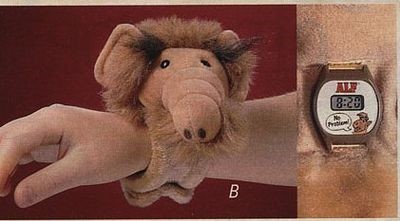 Is it something your kids would play with now?

My 3 year old would definitely love playing with it. For about six seconds. Then he’d be distracted by his million other toys… I may be recreating the spoilt brat scenario with my own kids!

Any other details or special memories of your ALF watch?

I wore that watch every day through summer, even though it was heavy and hairy and made my wrist sweat-itch like crazy. It was all I could do to wait for someone to ask the time and then I’d raise my left arm, rip open ALF’s snout with that gritty velcro-tear sound, and try to find the right angle to the sunlight so that I could read the LCD watch face. Ah, sweet memories.

A big thanks to David for sharing his gift memories and flashback photos. Not a mullet in sight but he made up for it with pink zinc and great memories of that super cool watch!

Yo Willie! Were you an ALF fan?

My gift memories – Have A Laugh On Me

My gift memories – Mummy, Wife, Me

My gift memories – The Notorious MUM