I grew up on the Street…..the Sesame Street 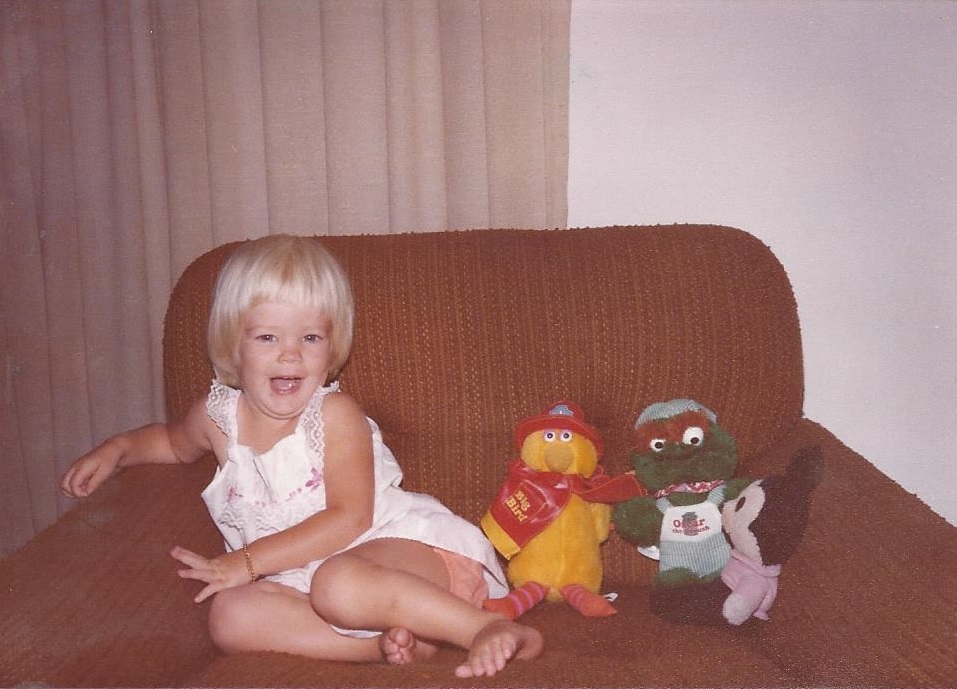 “I grew up on the Street…..the Sesame Street.” J.D.from TV show Scrubs

I’m with J.D. on this one – I grew up on the Street too. I was a huge Sesame Street fan when I was little. I still am today. Growing up in the late 70s and 80s the only kids TV options were Sesame Street, Play School and Saturday morning cartoons. There was none of this all day ABC4Kids TV. My Mum had a very short timeframe to get things done whilst I was getting lost in the fantastic world created by genius Jim Henson.

I loved my Big Bird and Oscar The Grouch toys, had a Sesame Street poster hung above my big girls bed and had Sesame Street party plates for my 4th birthday party. I even went to the Sesame Street concert when it came to the Perth Entertainment Centre. It wasn’t on ice either – being the early 80s, those giant muppets were on ROLLERSKATES. All sorts of awesome. 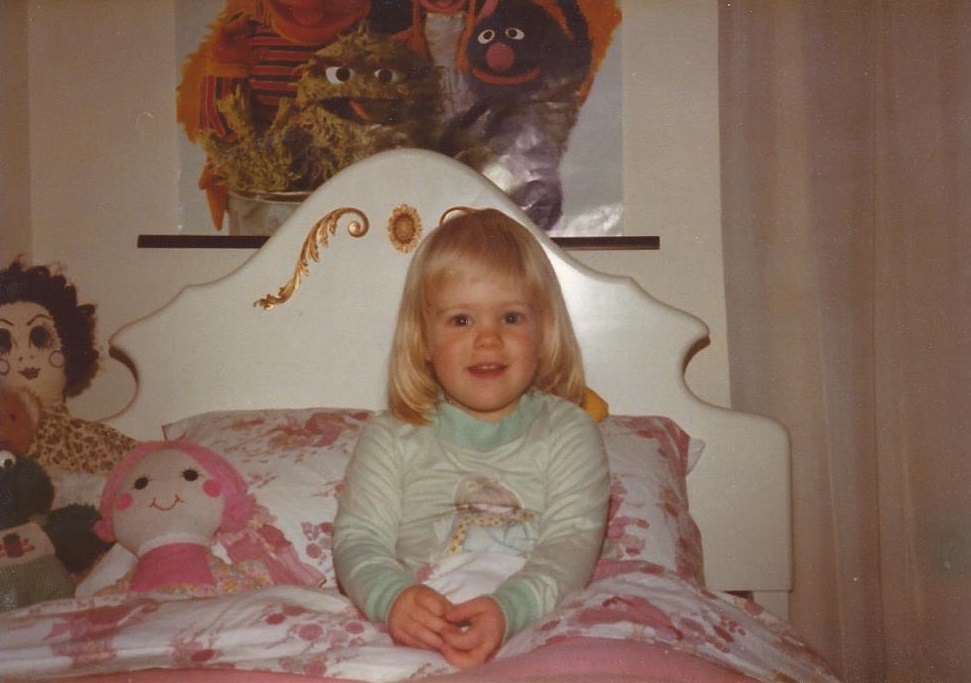 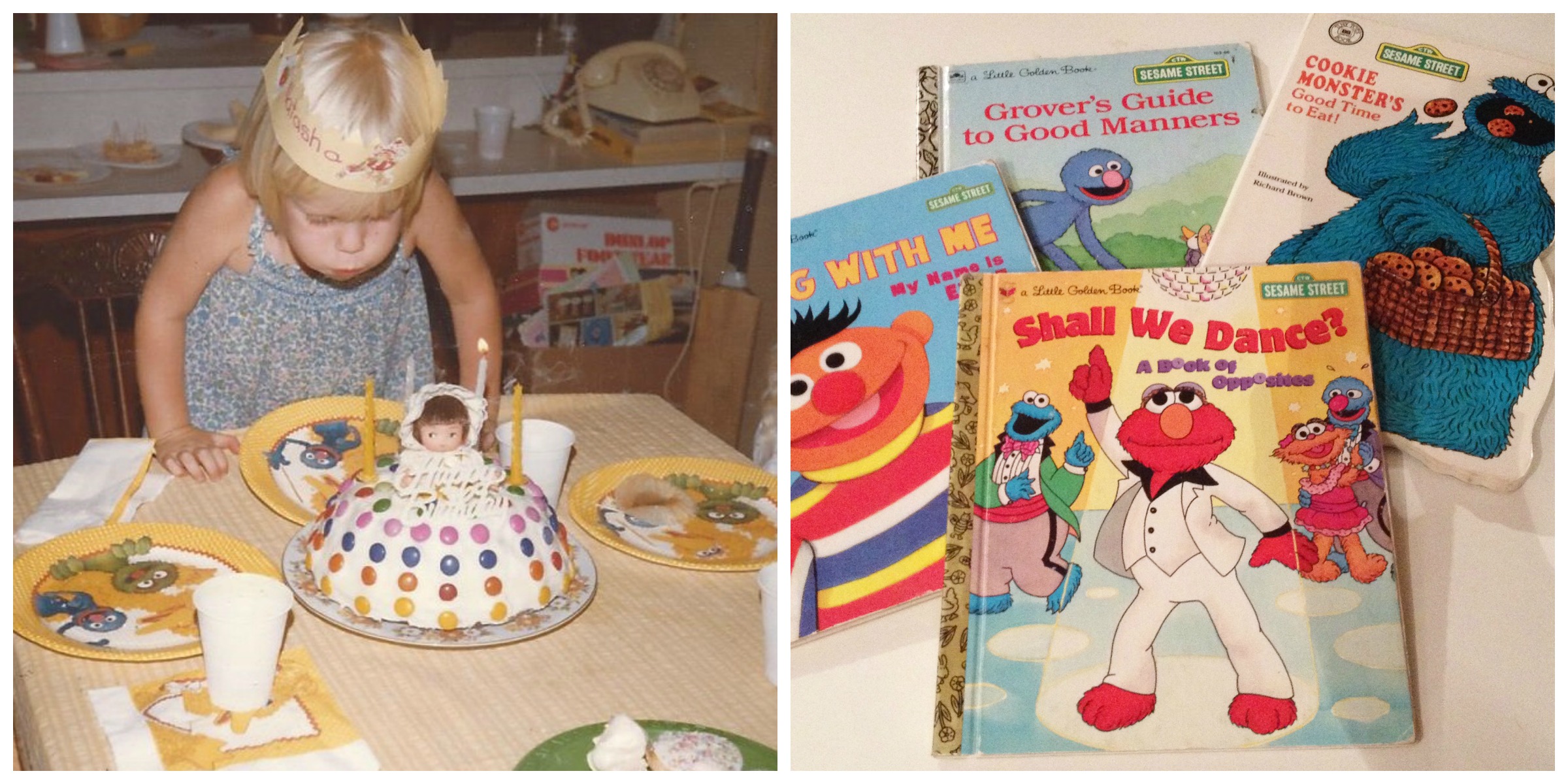 Pic left: My 4th birthday party, complete with Sesame Street plates and napkins; Pic right: My old books that the tornadoes still enjoy today. Cookie Monster’s Good Time To Eat would be considered un-PC today (spoiler alert: he thinks every time is a good time to eat and then finishes the book by eating cookies for a midnight snack)

I love seeing my toddler tornadoes enjoying Sesame Street today. I get a kick when I see an old clip still being played like the ladybugs picnic or pinball counting song to 12 (fun fact – sung by The Pointer Sisters). Sesame Street continues to create TV gold and educate kids in the process.

To celebrate Sesame Street’s 45th birthday last year, @sesamestreet tweeted 45 Sesame facts. Here are 12 of my favourites (to read them all search #45SesameFacts on Twitter)

* In total, Bert and Ernie have one eyebrow

* Cookie Monster has 5 fingers on each hand. All the other monsters four

* Elmo is eternally three and a half years old. Even on his birthday

* Elmo once testified before Congress

* In 1992 they created a TV special where Snuffy’s parents went through a divorce. It never aired

* On the first season of Sesame Street, Oscar The Grouch was orange

* Remember Ernie’s Rubber Duckie song? In 1970 it made it to no. 16 on the Billboard top singles chart

Hip hip hooray for Sesame Street. I still don’t know how to get to you but I’m so happy you are still going strong.

What is your favourite Sesame Street memory?

A bit of fun – Way Back Wednesdays

My gift memories – Have A Laugh On Me