Acts of kindness: The Nappy Collective – help spread the word

Every so often on the blog I like to highlight charities that are doing amazing work helping babies, kids and families. From donating shoes to Christmas shoeboxes and our own acts of Christmas kindness, helping others gives you a warm and fuzzy feeling. It’s also the right thing to do. I want my tornadoes to know that the world shouldn’t be all about “me, me, me”.

One inspiring organisation with a message that needs to be spread is The Nappy Collective. In two weeks, from May 1 to May 15 they will begin their largest drive yet, collecting leftover unused nappies in 16 cities and towns at over 210 drop points around Australia. 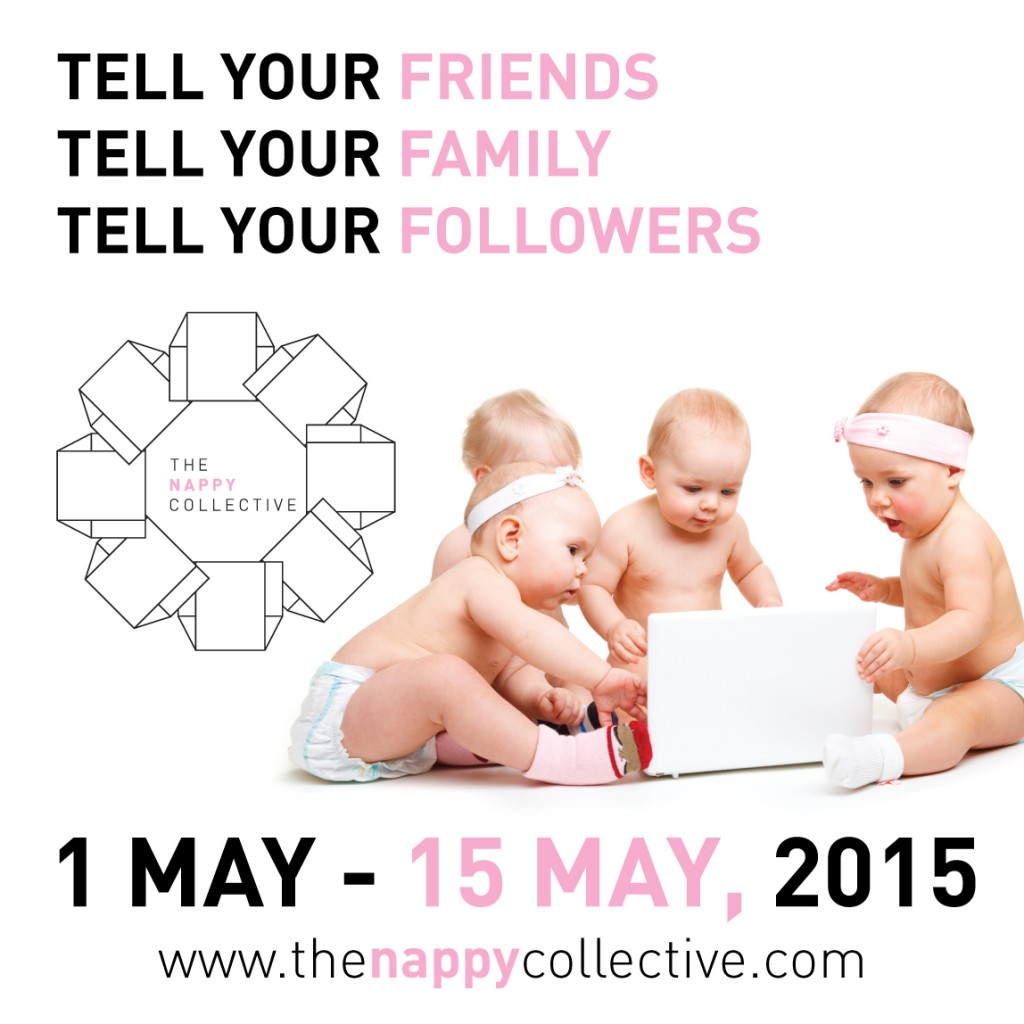 Tens of thousands of spare nappies are expected to be donated by the public in cities including Melbourne, Sydney, Hobart, Canberra, Gold Coast, Sunshine Coast, Brisbane, Perth, Adelaide and Alice Springs, as well as regional areas like Newcastle, Albury, Upper Hunter Valley, Bendigo, Ballarat and Geelong.

At the conclusion of the drive, the nappies (mostly destined for landfill) are then collected, sorted and donated to mothers in shelters and families in need in each locality.

How did it all start?

The Nappy Collective began in October 2013 after founder Sandra Jacobs found a stash of nappies her daughter had outgrown. Should she pass them onto a friend? Save them for the next child? Throw them out? (what a waste!)

What if leftover nappies could be collected and distributed to families in crisis or in need? Collectively these handfuls of nappies could make a big difference.

Enter The Nappy Collective. Its first collective resulted in 1500 nappies in one drop point in Melbourne. The concept was successful, and with its organic growth and groundswell of community support, collectives are now popping up all over Australia. 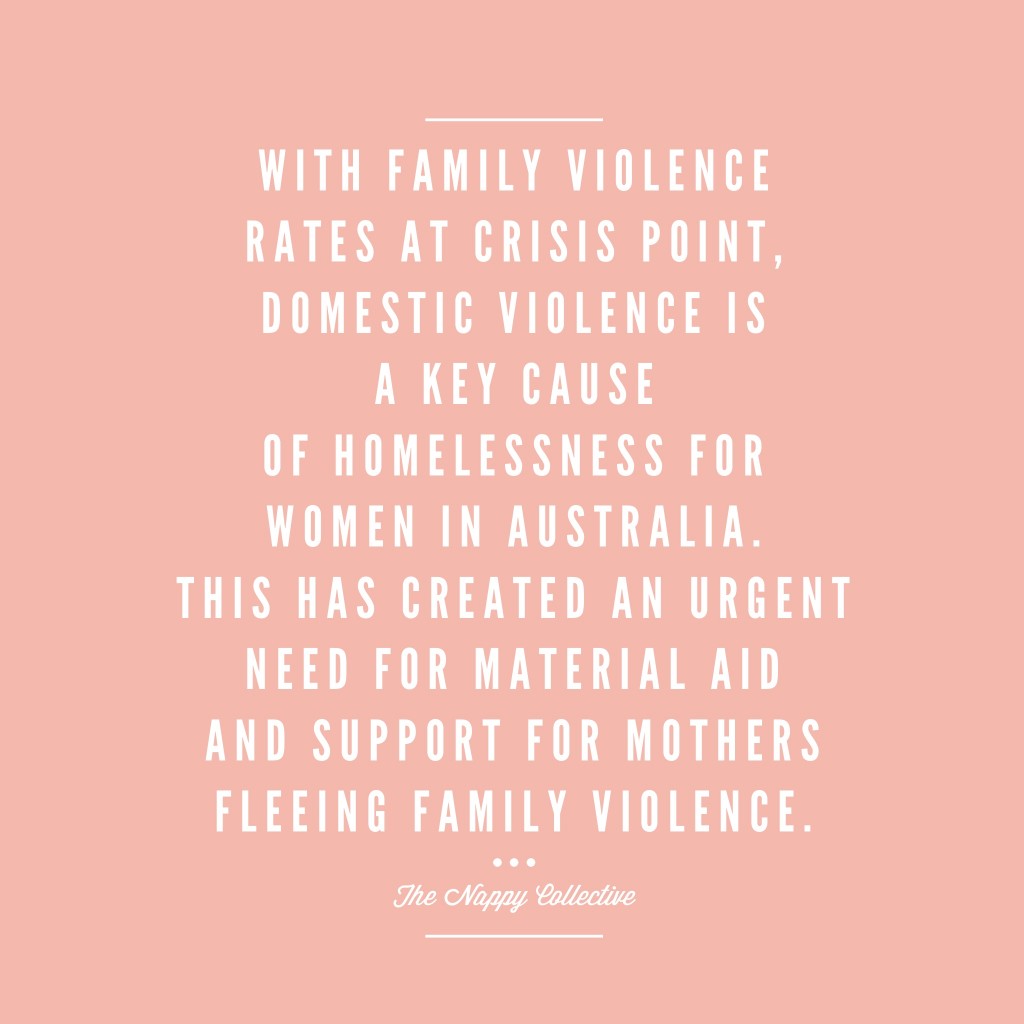 Where do the nappies go?

The nappies collected are distributed to local organisations within each collective city that support families in crisis or in need such as women’s crisis shelters and refuges, mothers facing homelessness, parenting support organisations and community organisations.

To date, The Nappy Collective has distributed nappies to 80 organisations nationally.

So by now you’re thinking…

Awesome idea! How can I help?

Check out the Get involved page on the website for more information. 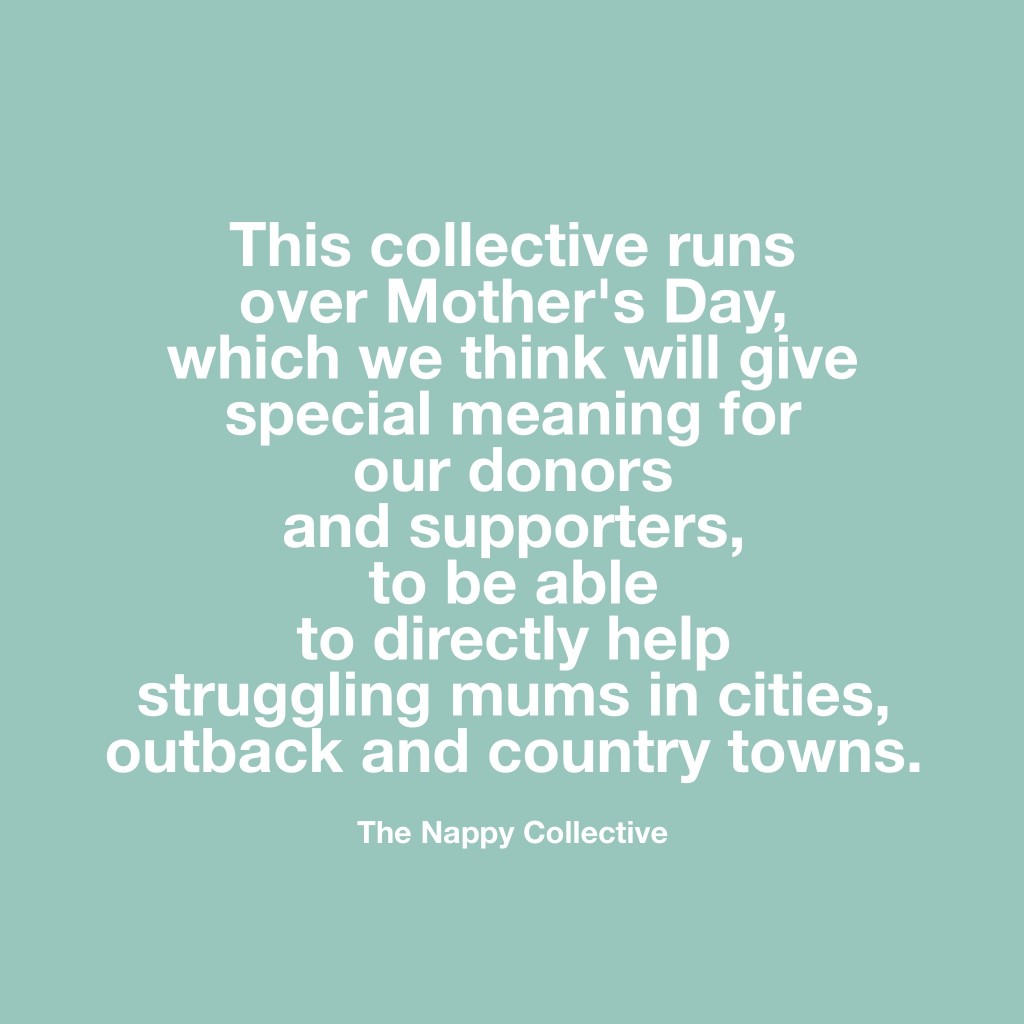 In its 18 months of operation, a staggering 226,207 nappies have been collected. 116,000 of those were during the last collection in October. By spreading the word and getting people to donate nappies, hopefully this number will continue to grow and more families in need can be helped.

Do you have any leftover unused nappies around the house?

Can you help spread the word?

Acts of Christmas Kindness – it’s not all about the gifts

Little feet grow fast – what to do with those old kids shoes?